birth. Robin and Shak became foster parents, and since 1997 have fostered 46 children and adopted a sibling group of four. Robin and Shak are also proud homeschoolers of their children. Recognizing the 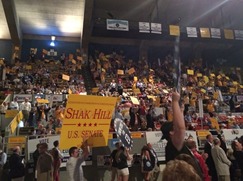 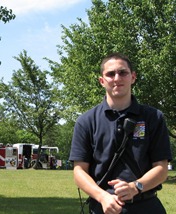 ~~ Upon graduating from the United States Air Force Academy, Shak Hill spent 9 years as a pilot in the Air Force and flew combat missions during Desert Storm. After five short years of marriage, his wife Robin was diagnosed with a rare form of bone cancer while pregnant with their second child. They chose life. The second child of five boys, Shak was born a cradle Catholic and attended parochial school through high school. During his time at the Academy, Shak and Robin met, fell in love, and were married right after his graduation. It was the beginning of a storybook romance. After their daughter was born, Shak and Robin were thrilled with the news that their second child was on his way. But it was soon discovered that not all was well with Robin. During the pregnancy, Robin was told that she had an aggressive form of bone cancer. To make matters worse, her cancer 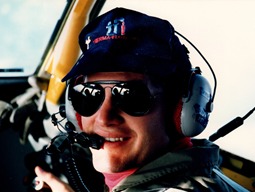 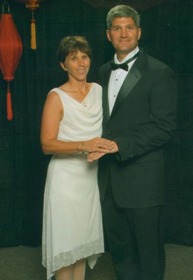 was estrogen-fed, meaning that as her body was developing the life of her child, it was attacking her own life. The doctors informed her that her pregnancy would likely kill her. She was told that she needed to terminate the pregnancy immediately to begin life-saving treatment. Shak and Robin are aware of a great truth. Every child conceived is created in the love of God. Shak and Robin chose life. And miraculously today, Shak and Robin are alive and well, adding new chapters to their storybook romance every day. Their son Jake is now twenty-one years old. Although born two months premature and with his own medical issues, Jake is today very healthy and his story has an even more fascinating twist as portrayed in Shak’s presentation: “Every Life Matters.” And being pro-life doesn’t stop at

need to bring integrity and morals back into our national governance, Shak ran for the Republican nomination for the U. S. Senate from

Virginia in 2014. Though he was unable to garner enough votes to win the election, he ran a remarkable campaign that brought the importance of character and morality back into the public discourse. Shak is an inspirational speaker,